After the system has been used, it should be carefully inspected and serviced. The accordion frame must be inspected for missing spikes or a damaged section. Service might require a screwdriver.

SPIKE REPLACEMENT
Under most conditions the only service needed would be the replacement of spikes.

Each Spike-Strip device comes with a package of 8 replacement spike cartridges and spare O-rings. Make sure the hole has an O-ring inserted flushed on the bottom shelf. O-rings may be BLACK or RED in color. The Spike-Devil uses a cartridge, the top half of the spike is covered with a cap/ seal. You can cover the bottom portion of the cap with silicon, and the end of the exposed spike tip with water. Place the exposed portion into the Spike-Strip receiver hole, rotate until the slot on the spike aligns with the length of the strip. Press the cartridge down into the hole. The Spike Cap seals within the Strip.

STRIP REPLACEMENT
If the system is deployed spike down, one or more sections might need to be replaced. In this case the spikes push through the bottom of the Strip into the tire damaging the section. 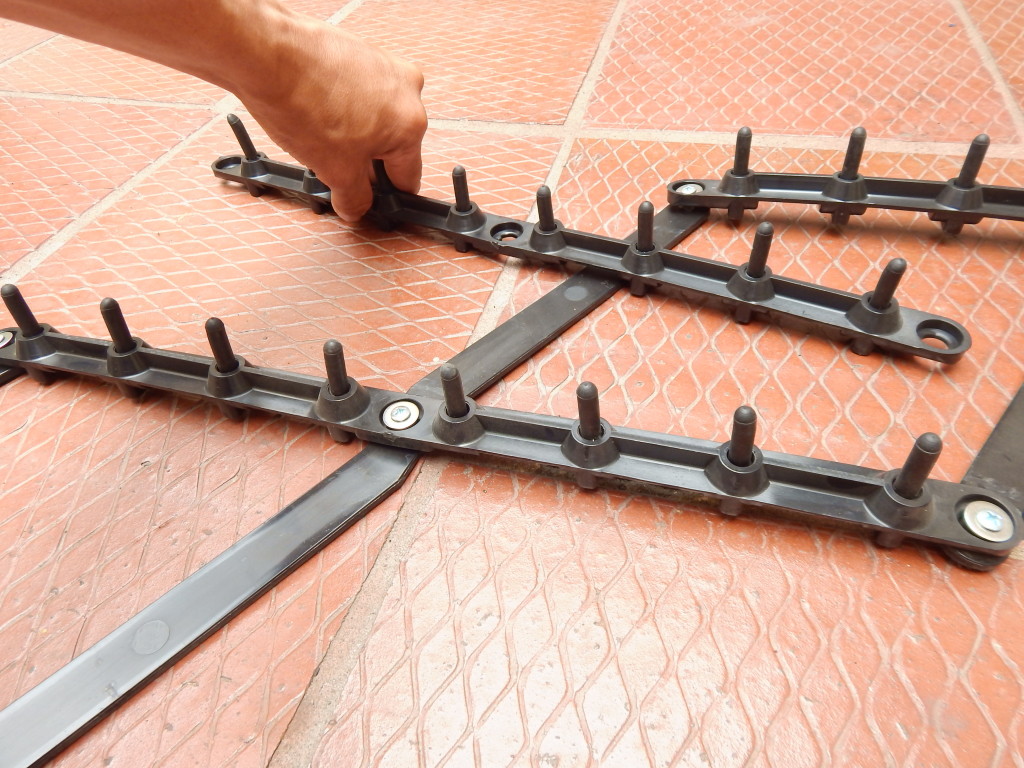 INSPECT
When folding the Spike-Strip device hold it, and shake it to dislodge any grass, or debris that will prevent it from folding up properly. Wind up the Cord-reel and inspect the reel via the mouth to assure it is properly wound up and has no debris.

RE-HOLSTER THE SPIKE-STRIP
The Spike-Strip and Cord-reel should be stored with the Strip on the bottom and the Cord-reel on top, fasten the strap provided on the holster. Re-pack Spike-Strip so that when you unpack, it is in the correct position in your hands.