Notice the Winder is in one hand and the Strip in the other hand. Regardless of the winder you use, it should be held by your non dominant hand to facilitate proper use. 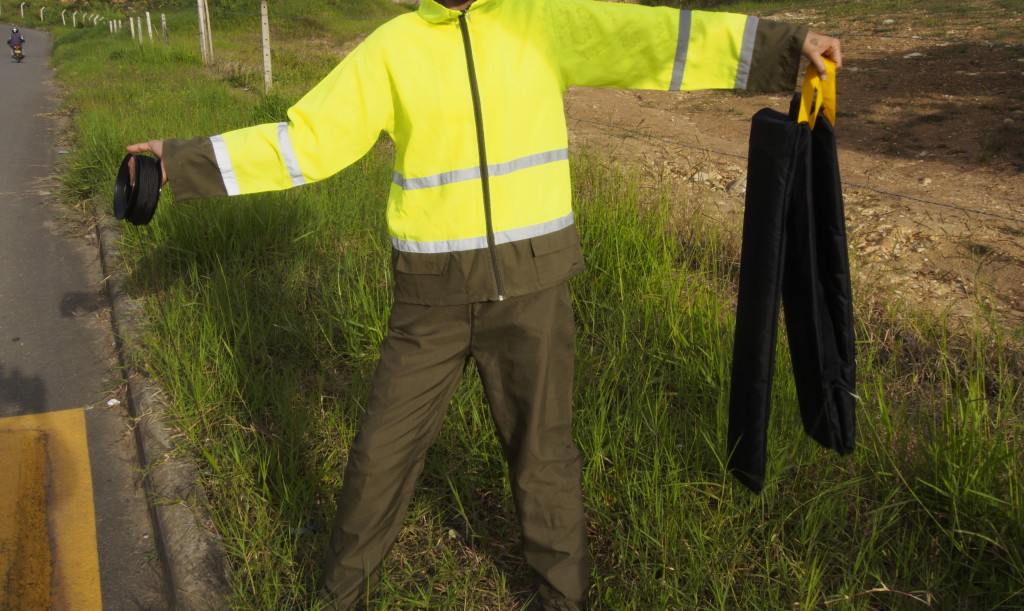 The Spike Belt includes 2 or 3 handles for deployment.

The loop winder has a beveled side and allows rope to be released when it is twisted sideways, towards the intended deployment area.

You can also point the beveled side down and release cord before deployment. Control the release with your thumb on by twisting back. 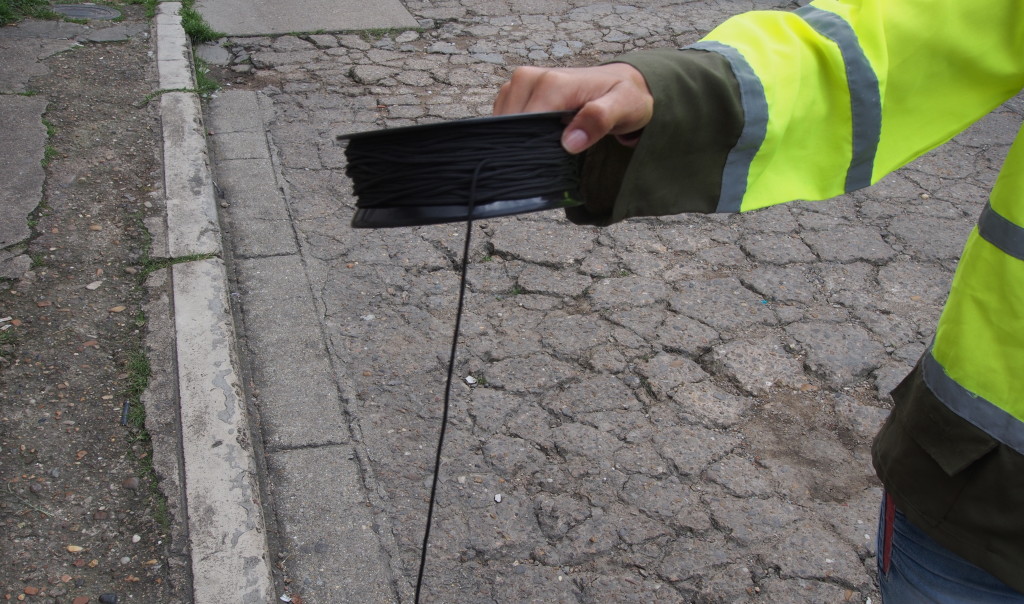 When the loop is twisted back, it catches the cord and allows you to pull the system in place or retrieve the system from traffic. 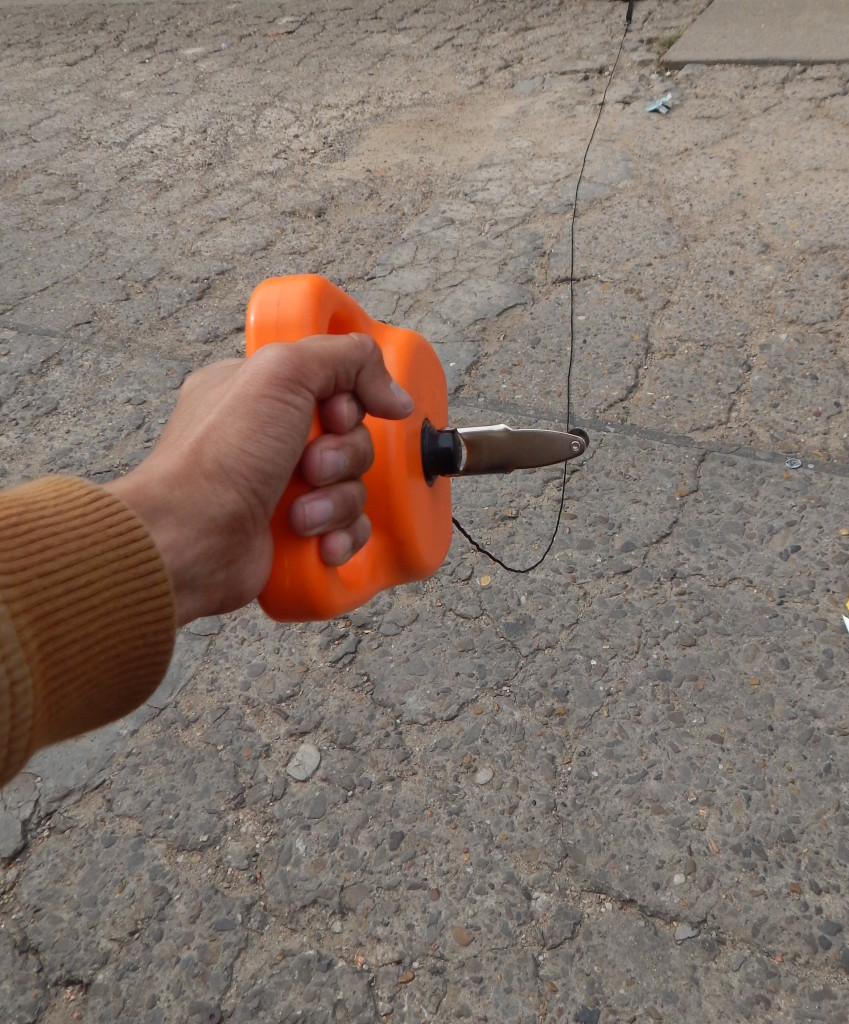 Cord Reel models require you open the crank to allow the cord to release.

The Spike-Belt deploys and is righted as it expands and opens up in the roadway.

For more info on Loop Winder operation go to http://www.spikedevil.com/loop-winder/

For more info on Cord Reel operation go to http://www.spikedevil.com/cord-reel/

With the Strip in your hand, posture your body in a low stance, by spreading your legs by stepping one leg back and practice with a swinging motion, and letting go.

Spike-Belt device can be pulled open across the lanes of traffic by use of the winder. 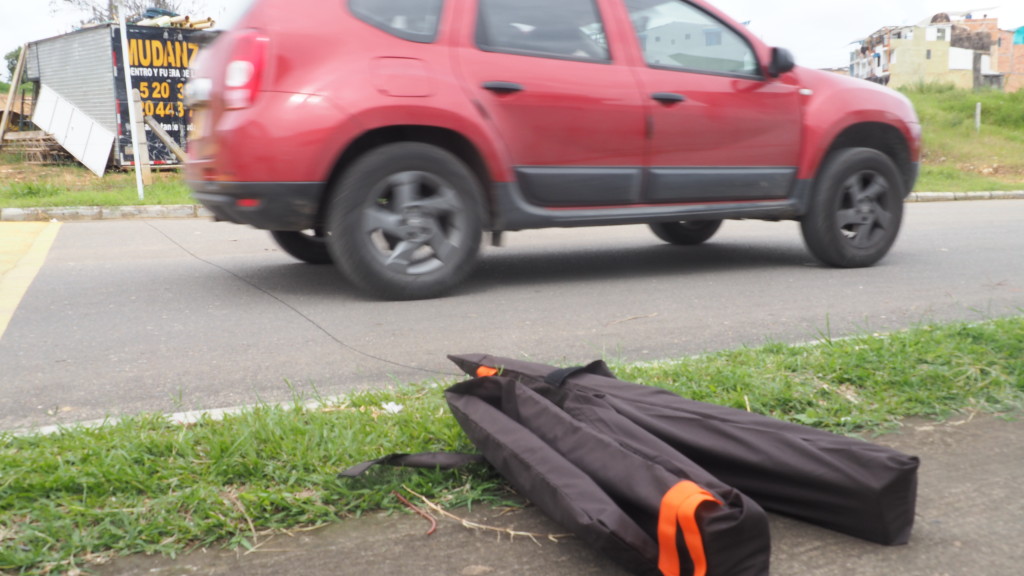 Place or throw the Spike-Belt device on the other side of the road. 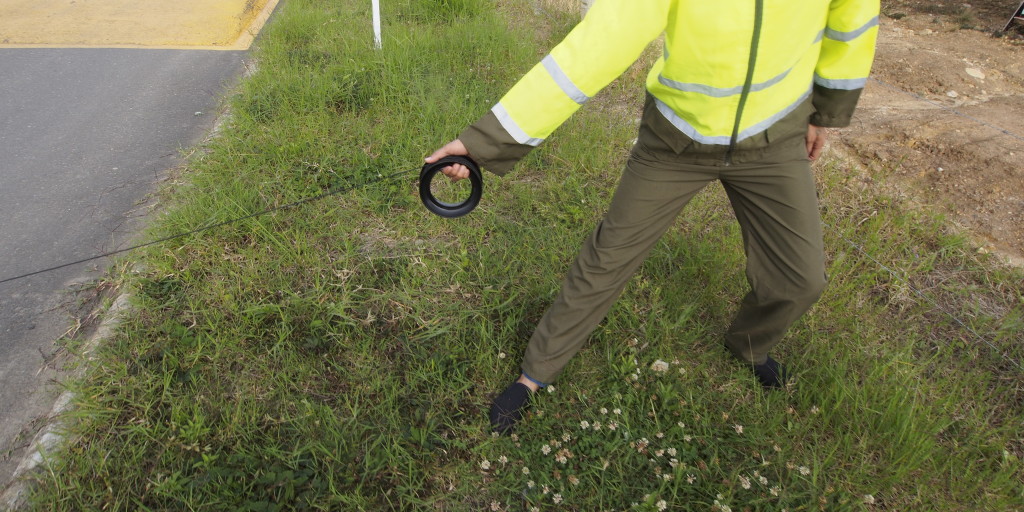 When posi­tioned behind cover, the Cord-Reel crank should be in the locked position. Traffic can pass over the rope. Loop Winder twisted back Like show. 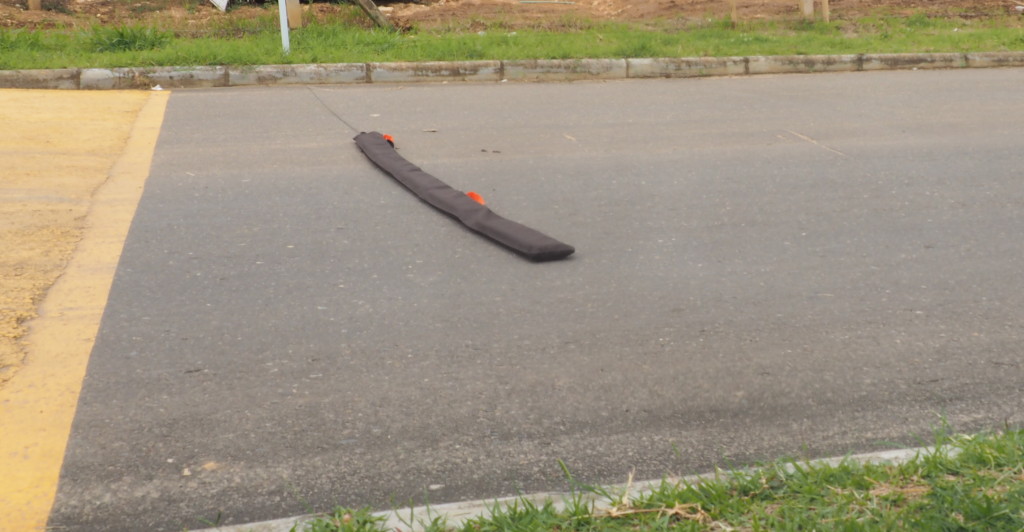 When traffic is clear, and before the suspect vehicle arrives, pull the unit across the roadway into the path of the target. After the spike unit is run over, remove it from traffic with one quick, hard pull on the spool.

The stance places your body in an orientation where it can see three important areas.

2) The deployment area to one side and

3) the path to cover to the other side. 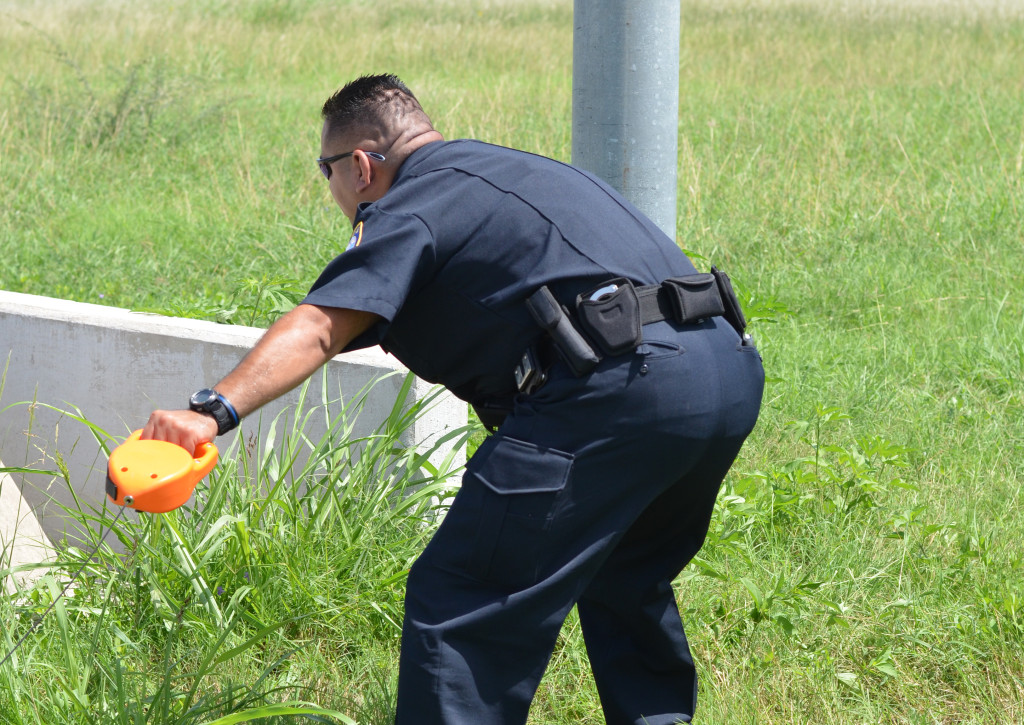 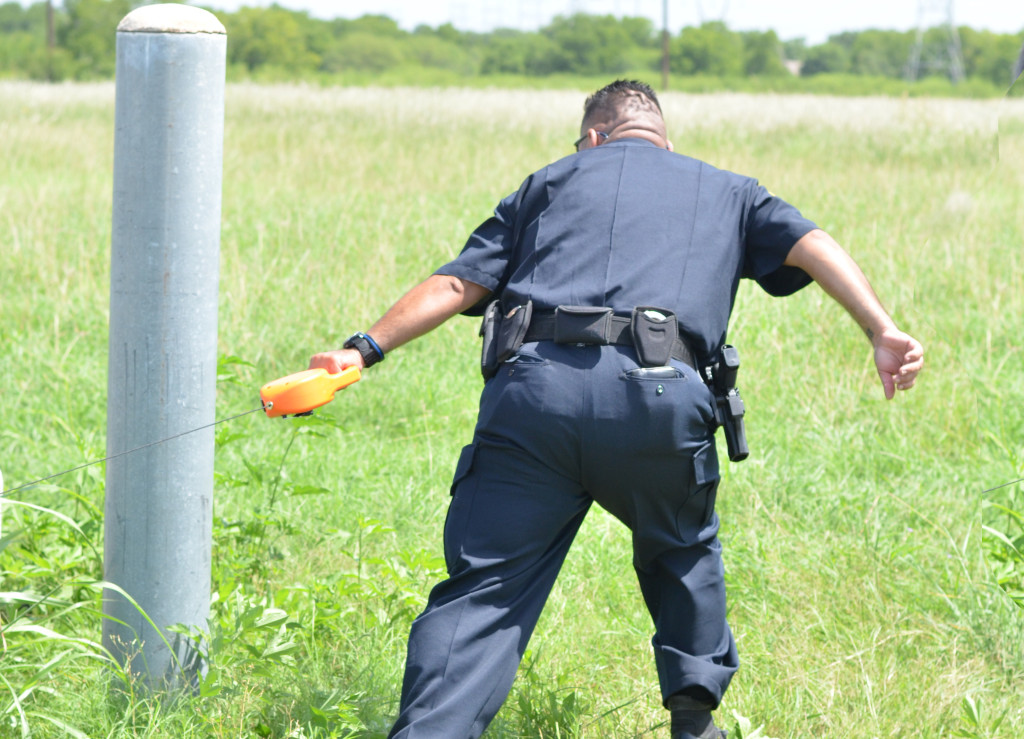 When used to deploy it serves as a way of counting your steps to accurately position the system in the traffic lanes. (Very useful at night) When used to seek cover it prevents the officer from backing up and tripping over something.