With Pre-deployment, when the target arrives the spikes can be deployed into the lanes, from a remote location. The concept is designed to facilitate a level of concealment and also protective cover for the officer.

This method can be far more effective and safe pursuit tactic and is a benchmark for safety. 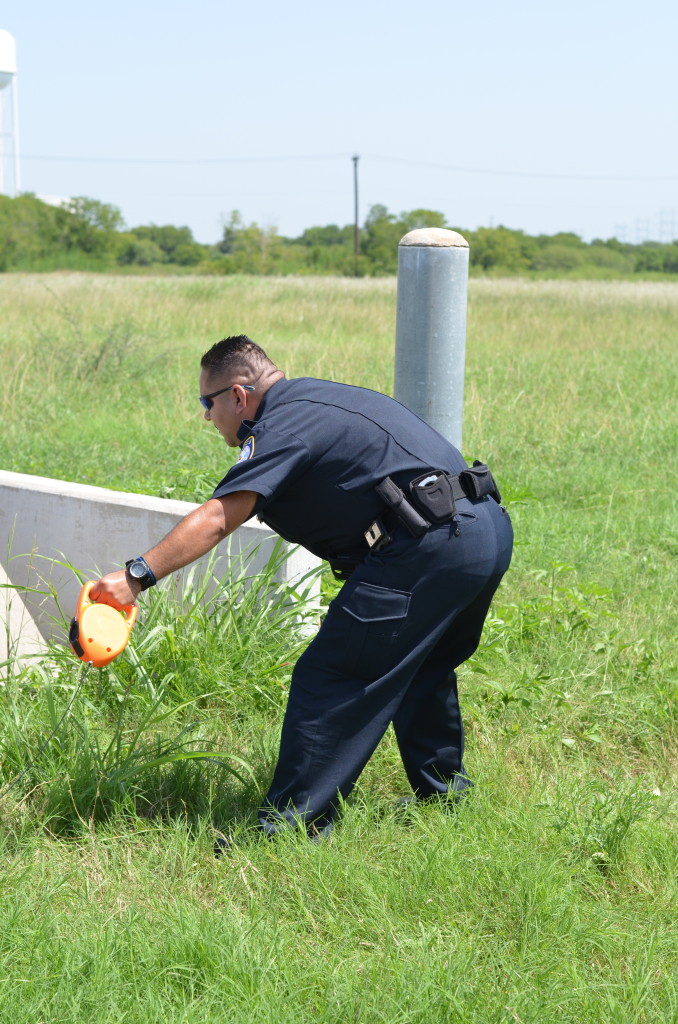 The officer is positioned far off the road, and behind cover. He can better position the spikes in any lane, and do so without close proximity to the target vehicle. 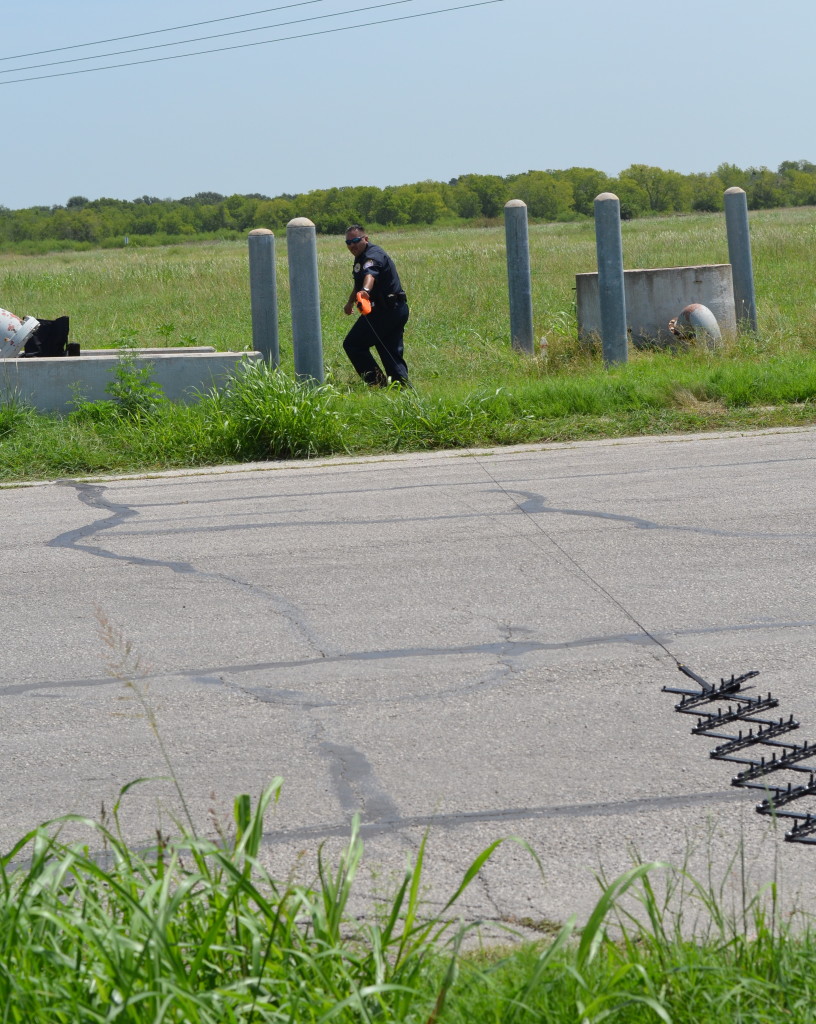 Show above is the officer deploying the spikes in a covert fashion. This will get less of a reaction from the target driver, and overall be more effective and safer. Regardless of lane of travel the officer can deploy and adjust the spikes. The officer is more likely to recover the spikes in a timely fashion to clear the roadway for any pursuit vehicles.

1) The pre-deployment concept is one which creates cover or concealment for safety. You pre-plan your location thus a safer strategy. You don’t pre-plan, you will probably have a poor location, with no concealment, cover, and less effective.

2) Spike System adjustment is difficult during the day and night. This requires skill to be conducted on an evasive, high speed vehicle. A narrow tire deflation device, traffic and darkness further complicates this task. We have a specific exercise to teach the officer how to deploy spikes from cover and in darkness.

Before the 1980′s Pre-deployment was the principle deployment method for tire deflation devices. In 1993 it was criticized by the new manufactures as being slow, and dangerous, they adopted the quicker curbside deployment style. The system shown below is an older system, however note the effectiveness of this system as the officers pre-deploy the Stinger and pull it into the path of the target.

Today, with all the serious incidents manufactures have re-defined this deployment style as more effective and safer and have modified their equipment for such deployment. Despite manufactures shifting back to this old safer method, the safety records still have not improved. We will define those risks, and explain why the Spike Devil, by Spike Strip Mfg, is safer and more effective.