Sliding a system with an accordion mechanism places the system where you want it, and in an expanded configuration. Spike Devil has a patent on a technology called A.L.E.C.. A.L.E.C. locks the system opened so it stays expanded on the roadway. ALEC is acronym for Auto Locking Expanded Configuration.

Sleeve systems when tossed into roadway, most often land in a semi-expanded configuration, they require additional adjustment to open, and when pulled to open loose positioning on the roadway and you might not hit your target. This systems require you overthrow the system so you can pull it where you need it. While an easy process, it takes time and might keep the officer focused on deployment and close to the curb, while the officer with the accordion system is already behind cover.

To deploy the Spike Devil, undo the velcro strap and hold the strap with your thumb in an over handed position to deploy. Make sure cord is behind you and not tangled up in the system. 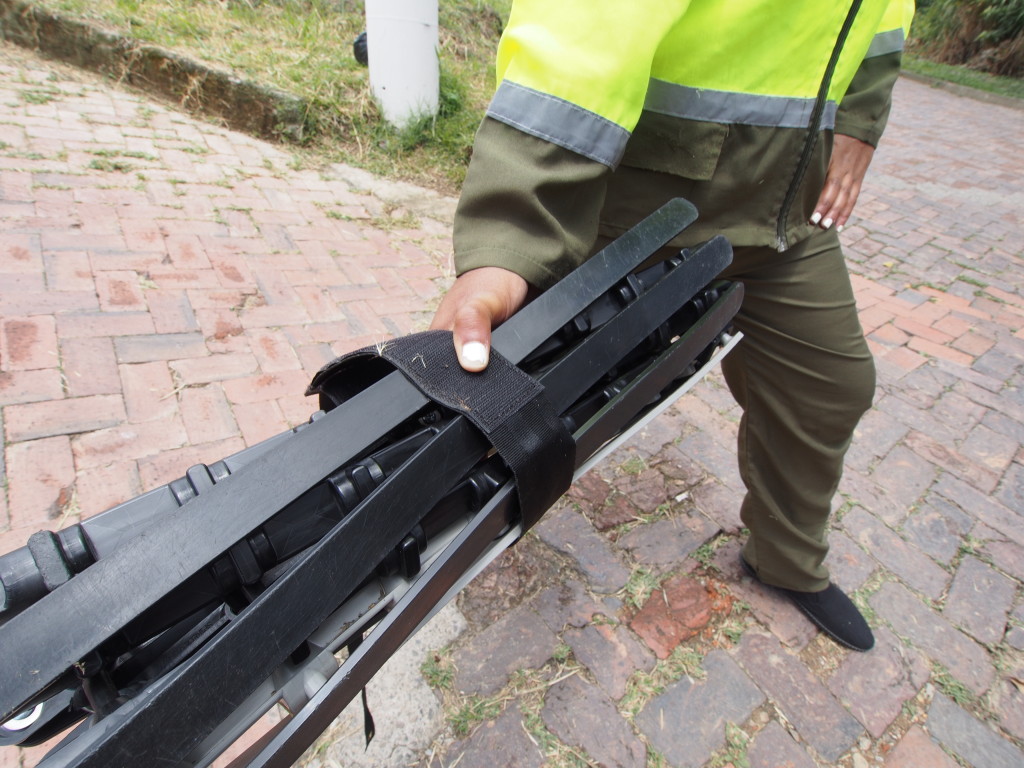 Karla shows placement of the thumb on the strap, for someone that has smaller hands and can not hold the system. 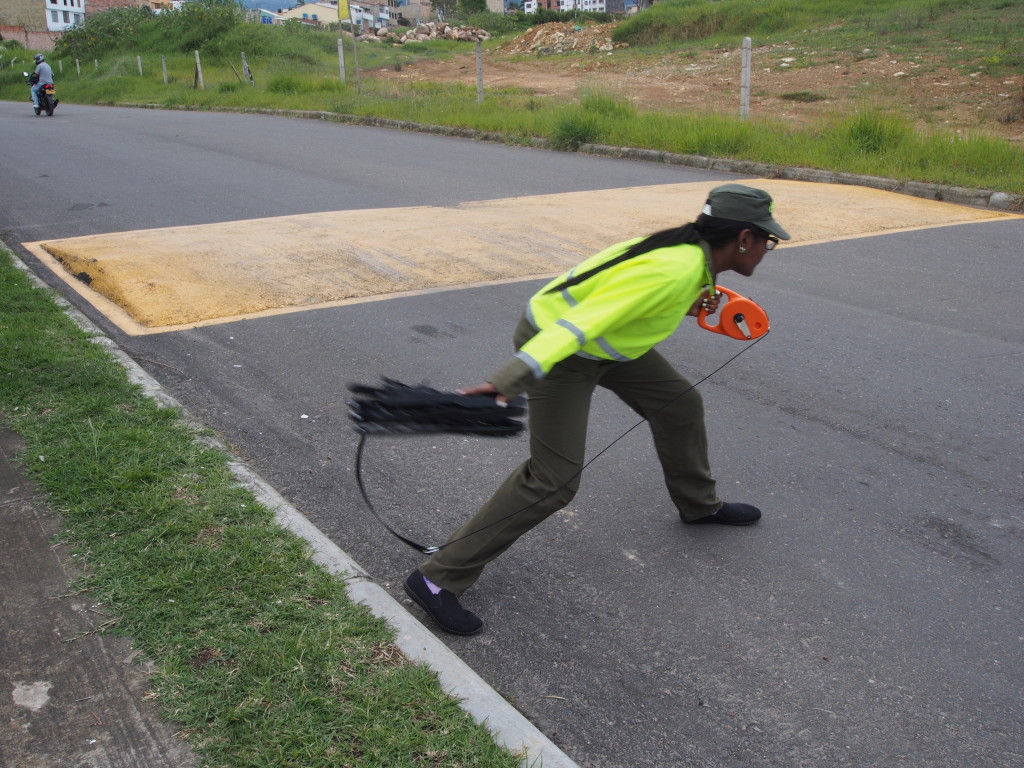 Karla in the photo above gripped the system in an overhanded fashion and towards the end of the system to deploy. She lowered her stance and with a swinging action deploys the system on the roadway. 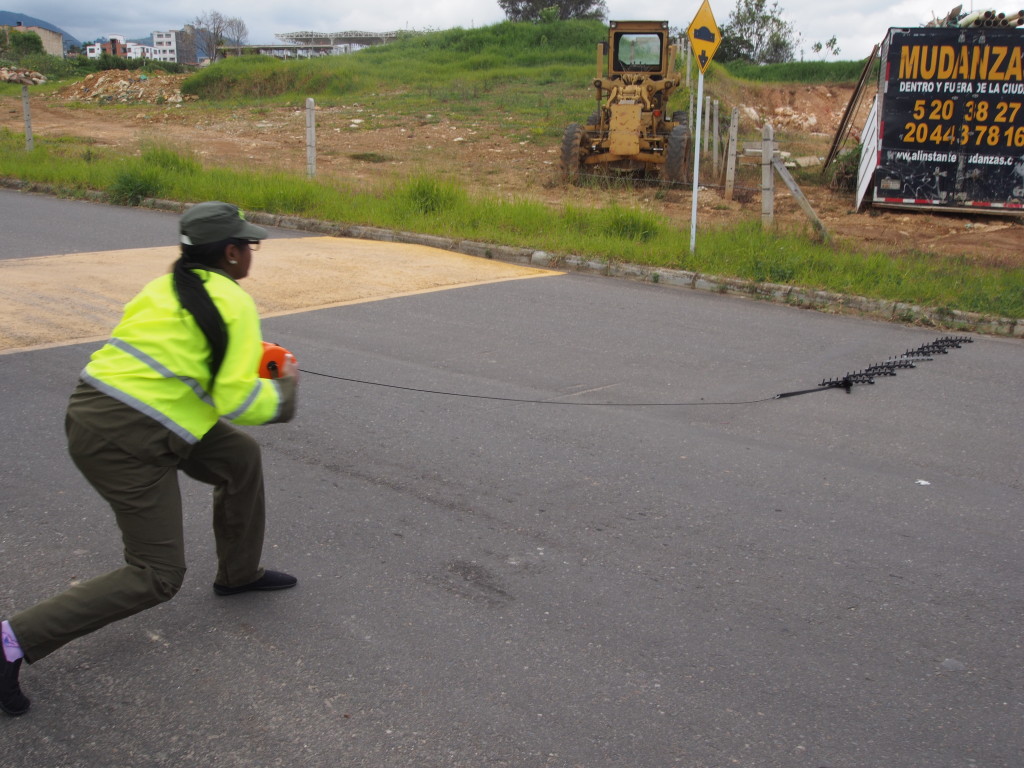 The systems slides and opens and is positioned in the far line to target an car. This advantage of the accordion allows Karla to seek cover and eliminates needs for additional adjustments.

Karla is now off the road and behind cover (not Visible). In this Photo Karla is shown with the loop winder system and positioned to recover the system once hit by the target.